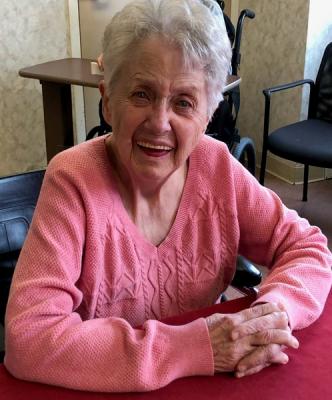 Florence spent most of her life as a housewife and devoted mother to her children but sporadically worked at Kring Nursing Home in Hudson, NY, owned and operated by her mother-in-law, Helen M. Kring. Florence worked waitressing at the Chatham Bakery after moving to the Ghent area where she designed the first known Spoon Cake of the Chatham area, served as a special by Wally Stewart of the Chatham Bakery. Florence was a gentle spirit with a humorous side and genuine smile admired by everyone who met her. She was a dedicated communicant of the West Ghent Reformed Church throughout her life living in Ghent and loved attending Church services and the social period after church on Sundays. She was a State Fair enthusiast who attended every year with her husband Ralph. She loved collecting kitchen items and accessories to compliment her kitchen skills of cooking and baking for her family, specifically on the holidays where all would gather at her home. Florence and Ralph were well know at social functions and family gatherings where music surrounded them and the Big Band music would be played as they danced with precision, the Lindy or to “In the Mood.” It was often stated that they “flowed” around the dance floor together….

Family and friends are welcomed to the Celebration of Florence’s Life at the Ghent VFW, State Route 66, Ghent, NY on Sunday, July 14, 2019 from 1-4 p.m. For on-line condolences, visit wenkfuneralhome.com