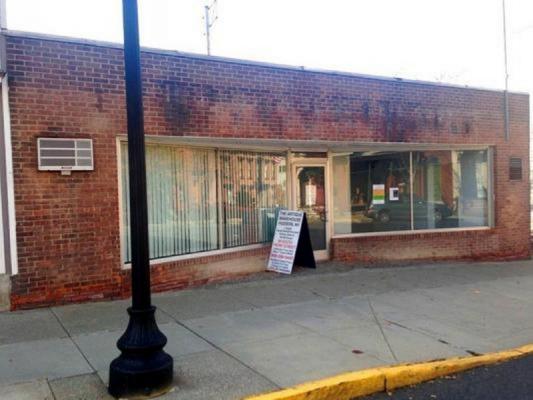 The former Hudson police headquarters at 427 Warren St. will be up for sale and the proceeds will be deposited into the city’s fund balance.

HUDSON — City officials are planning strict parameters for anyone who purchases the former Hudson Police Department and City Court building on Warren Street in an effort to ensure the property returns to the tax rolls.

The Board of Estimate and Apportionment, made up of Mayor Rick Rector, Common Council President Thomas DePietro and city Treasurer Heather Campbell, discussed Tuesday the boundaries of a sealed-bid process for the sale of the former Hudson Police Department and City Courts building at 427 Warren St. City Attorney Andy Howard was also present for the meeting held at City Hall.

On Nov. 20, the Common Council passed a resolution authorizing the sale of the 7,296-square-foot building through a sealed-bid process. The building has been vacant since police and the city court moved into their new headquarters at 701 Union St. in April 2017.

The resolution, adopted by the Common Council in November, called for the city to sell the former police station to the “highest responsible bidder.” The proceeds of the sale will be deposited into the city budget’s fund balance. The minimum bid for the property was set at $300,000 — the price at which the building was appraised in 2015 by Concra Appraisal Associates.

The building is owned by the city, and selling it through a sealed-bid process would put it back on the tax rolls. The full-market value in 2018 for the property was listed at $714,286, according to Columbia County property records.

The resolution presented to and passed by the council in November included a penalty to the tune of $100,000 if the successful bidder does not develop the property within one year of taking title.

The city has the right to establish limitations on the buyer, officials said.

“We just went through this with another city,” Howard said Tuesday. “If someone bids and pays us $300,000 and doesn’t develop the property, we will be foreclosing and taking the property back or getting them a penalty.”

Council members at Tuesday’s meeting were concerned with simply picking the “highest bidder,” and wanted the bid process to allow the city to consider the history of the buyer, including its track record on timeliness of development, financial history and the likelihood of transferring the property after the sale is complete.

Howard cautioned the council about imposing too many restrictions on the buyer, and suggested the city maintain some “flexibility.”

“We’re not equipped to design buildings — period, in my opinion,” Howard said.

Mussmann, as she did at the Common Council meeting in November, once again raised concerns about selling the property through a sealed-bid process instead of public auction.

“I am still not convinced of the bid process,” Mussmann said. “I don’t know why you are doing that. I generally thought you use the auction as the way to get the best price. I still believe the auction is the better way.”

A public auction is held in the city for non-city owned properties, Howard said. Sealing the bids would also ensure there is no collusion. The advertised sealed-bid process could also produce more bidders, he said.

And more often than not, there are no bidders at public auctions, even in mortgage foreclosures in the city, he said.

Scalera asked the board to consider extending the two-year time limit for the chosen bidder to allow them to get the necessary approvals before they have a building permit in hand. He pointed to several steps in the development process — possible asbestos remediation, approval from historic preservation and engineering studies that might need to be done before more floors could be added to the one-story building.

“I don’t know how many people would be interested without having the ability to put a second or third floor on [top of the building],” Scalera said. “I know that takes an engineering report — that alone probably takes two or three months to get to determine if, in fact, the load can take a second or third floor.”

The council decided to stick with its proposed timeline.

The bid process will be advertised if the resolution is approved. The next Common Council meeting is scheduled for 7 p.m. Jan. 15 at City Hall.